Celebrity weddings are talked about all around the world, and why would they not? It’s such a euphoric environment in all, surrounded by stars, shredding off every bit of glam that there is. We have witnessed many love birds in the celebrity world tying the knot.

The I Am Number Four, CSI: NY and former musical comedy-drama series Glee star Dianna Agron got hitched to the founder of British folk band Mumford & Sons Winston Marshall on the 15th of October in the breathtaking Morocco. A über-romantic destination wedding just adds to the charm. Dianna wore a Valentino gown and needless to say, looked stunning as ever in it!

The former Victoria's Secret Angel wed the businessman and art collector on July 8 in Mykonos, Greece. Ah, Greece. You can never go wrong with choosing that as your wedding destination, I tell you Beatriz donned a sheer Valentino dress with lace accents to say her vows in an outdoor ceremony filled with flowers.

ALSO READ: Most Iconic Celebrity Wedding Gowns Of All Time

The I Bet and Love Sex Magic singer married the  Seattle Seahawks quarterback  NFL player at Peckforton Castle in Cheshire, England, on July 6 in front of 100 friends and family members. Ciara wore a gown designed by Roberto Cavalli. To keep their wedding private, the couple banned guests from bringing cameras and cell phones. 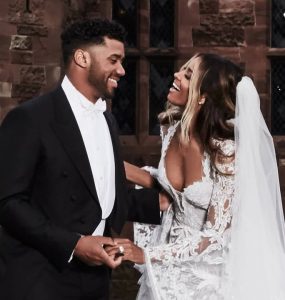 Best known for his long running role as Eric Delko on CSI: Miami. Magic Mike XXL star Adam Rodriguez married longtime love Grace Gail in a romantic ceremony in Tuscany, Italy, on May 2. The two share a daughter together, Frankie, born in 2014.

Who can forget the Desperate Housewives star, Eva Longoria known for her role as Gabrielle Solis? She and media executive Jose Antonio Baston, the president of Televisa, tied the knot on May 21 in Valle de Bravo, Mexico, at the groom's lakeside home.

Recommended Read: A Look Down At The Indian Celebrity Weddings In 2016

Rich Kids of Beverly Hills stars Morgan Stewart and Brendan Fitzpatrick had a wedding ceremony on May 7 at the Hummingbird Nest Ranch outside of Los Angeles. The couple employed a clever hashtag for their nuptials: #fitzperfectly. Clever AND cute!

Exorcism of Emily Rose star Jennifer Carpenter tied the knot with folk-rock musician of the music band  The Avett Brothers Seth  Avett over Memorial Day weekend in a small and private ceremony in North Carolina, but news of their nuptials didn't go public until June 17.

The Walking Dead alum Steven Yeun married Joana Pak on Dec. 3, 2016, at the Paramour Estate in Los Angeles. Three days later, a source confirmed to Us Weekly that the newlyweds are expecting their first child!

Shia LaBeouf and Mia Goth( lead actress of recently released Hollywood movie A Cure For Wellness) hitched in front of an Elvis Presley impersonator on October 10 in none other than VEGAS! Before officially announcing them as husband and wife, Elvis asked the duo, "Do you both agree to adopt each other's hound dogs? To not wear your blue suede shoes in the rain? To always be each other's teddy bear and to give each other a hunk a hunk o' burning love". The Transformers movie star wedding was one of the most talked about among most famous celebrity weddings of 2016. 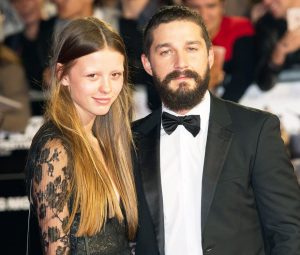 Teen Mom 2 star Chelsea Houska got hitched to Cole DeBoer on Oct. 1. Chelsea, who's pregnant with their first child together, shared a photo from their outdoor wedding on Instagram the same day with the caption "Mr & Mrs. DeBoer ❤️."

Our last among most famous celebrity weddings of 2016. Long-time lovers Kevin Hart and Eniko Parrish walked down the aisle on Aug. 13 near Santa Barbara, California. Eniko wore a custom Vera Wang gown, which the proud groom posted pictures of early the next morning.

This was our list of some of the ratchet most famous celebrity weddings . Let us know in the comments section about which one excited you the most!

This site uses Akismet to reduce spam. Learn how your comment data is processed.