The youth of India always questions our mythology for not producing enough iconic and strong female characters. Which, no matter how you put is a misconception. Here are 10 fascinating facts about Draupadi that prove that our mythology has a very special character who leads a very human life and not only reflects the traits of love, courage, valor, and righteousness, but also hatred, revenge, and violence. This important woman featured in the Mahabharata. She is also called as the Sreshta Nari (chaste or pure women). She is practically responsible for shaping the psyche of all Indian women. In this article, we attempt to study The Sreshta Nari, Draupadi (wife of the Pancha Pandavas). Draupadi, the princess of the most prominent kingdoms is born of fire. She was a fierce woman and believed in facing any difficult situation with utmost conviction. These facts about Draupadi show us that she is an icon of Indian womanhood. 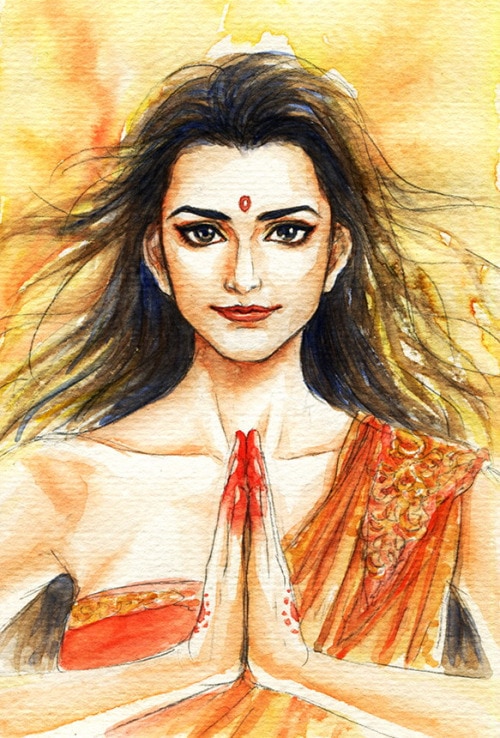 The sole purpose of creating Draupadi was that her father Drupada, king of Panchala wanted her to destroy the kuru household. Drona, who was the teacher of Pandavas and the Kauravas, used them to conquer and divide Panchala. Thus, Draupadi was born an adult and raised in hatred, designed to destroy this family. Most people believe that she did serve this purpose, as she is one of the underlying reasons for the war of Kurukshetra.

A fact not known by many is Draupadi’s role as an empress. She was a trained economist and was responsible for looking after the treasury of the Empire and ran a citizen’s liaison.

Lord Krishna explains to Draupadi that her marriage with the Pandavas was intentional. In her previous birth she prayed to Lord Shiva to grant her a husband with 14 desired qualities. Pleased with her devotion Shiva granted her wish but told her that it would be very difficult to find all the qualities in one husband. On her persistence, Lord Shiva finally accepted and granted her wish in the next birth. The 14 desired qualities were found collectively in 5 men, the Pandavas.

4. Not So Forgiving Nature:

The fact that Draupadi was a strong and fearless woman is known to all. She never should for injustice and always fought for her respect. On being insulted by Duryodhana, she demanded justice from Dhritarashtra, the King of Hastinapur. Again as Sairandhri, when insulted by Kichaka, the brother-in-law of King Virata, she demanded justice. When Virata did not take any action out of the fear of losing his most powerful warrior. Furious, Draupadi asked them about the duties of a king and dharma and then cursed Kichaka with death by her husband’s hand. She even condemned great warriors such as Bhishma, Drona, Kripacharya and her husbands who were not able to save her from humiliation during the Cheer-Haran episode. She questions Yudhishthira’s right on her as he had lost himself first and she was still the queen. 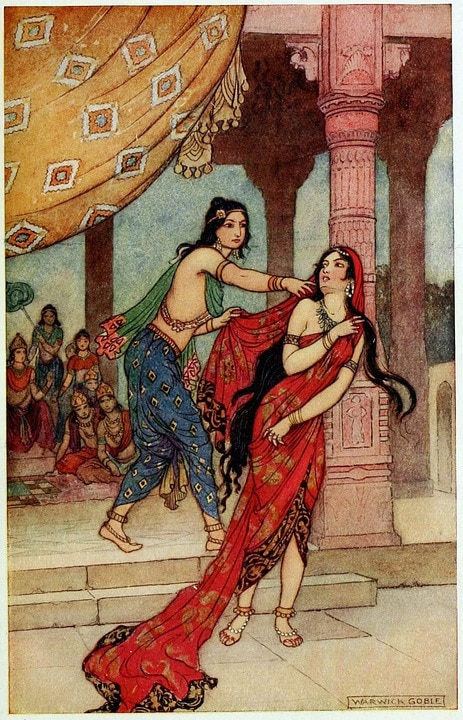 One day, Krishna along his usual retinue of many men came to visit the Pandavas. The Pandavas excluding Draupadi received Krishna with a traditional ceremony. Krishna excused himself to the kitchen only to find Draupadi weeping as she showed him the empty pot in which she had cooked rice that morning. Now, she did not have any more rice in the house. But Krishna asked her to check the bowl again as to whether it was really empty. Draupadi looked and found a single grain of rice stuck inside the pot. Krishna then ate that single grain of rice, and at that time, for that day, the universe was stomach-full and satiated. Every year we celebrate “Akshaya Tritiya” to commemorate this divine episode.

According to an agreement between the Pandavas and Draupadi, at a time only one brother could enter Draupadi’s chamber and as a mark of his presence, his shoes would be kept outside. But one day, a dog took away Yudhishthira’s shoe. Enraged Draupadi cursed the dogs by saying that all the world will see you mate in public and stripped of all shame.

Pandu, the father of Pandavas was a man with intellect. And Intellect gives birth to the five elements, hence the five brothers. Their common wife Draupadi is the divine energy and symbolizes binding of the five chakras in the human body and is thus known as Kula kundalini, which awakens the spiritual powers in the spinal centers of the advanced devotee.

Draupadi is a synthesized avatar of Goddess Shyamala (wife of Dharma), Bharati (wife of Vāyu), Shachi (wife of Indra), Usha (wife of Ashwin) and Parvati (wife of Shiva), according to Narad and Vāyu Purana. In an earlier avatar, she was born as Vedavati, who cursed Raavan and then as Sita, who was the cause of Ravana’s death. Her third incarnation is partial either Damayanti or her daughter Nalayani. The fifth avatar is Draupadi herself.

Draupadi put forth a condition when she agreed to be a common wife of the five brothers, that she will not share her household with any other women. Thus, the Pandavas were not allowed to bring their other wives to Indraprastha.

Draupadi is a person who forces men to acknowledge their savagery and cruelty. During the Cheer-Haran episode, she urges, questions and condemns the elders and her husbands. As a last resort, she devotes herself to Krishna and forces the men to recognize that she is above them. 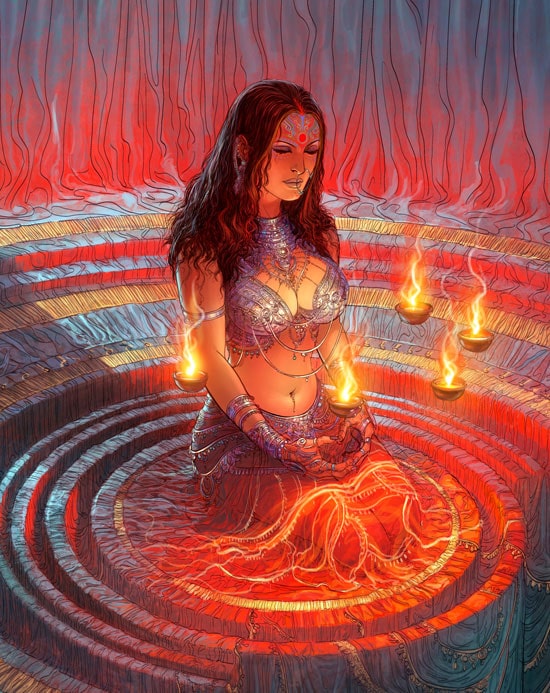 These facts about Draupadi’s life show us that she had to endure a lot of humiliation due to her situation. An episode such as that of disrobing tests a person’s character. But Draupadi stands tall with her commitment to Krishna, who responds and saves her. This is a testament to her faith. Draupadi now and again challenges the male authority structures. She stands against injustice happening not only with her but others as well. Being seen as a thing of barter in a wager, she questions the humanity, and values instilled in the learned members of the court and her husbands. This strongly suggests her belief that womanhood, in general, should not be seen as an object. In the present world, things are only getting worse and we need to stand up and protect ourselves. We have to speak up and fight for ourselves. Each fight sets up an example for a lot of people who have given up and have subdued to the injustice believing that they are weak. Just like these facts about Draupadi’s life teach us to never let anyone disrespect us, we need to teach ourselves and others to stand tall. In this context, to survive and live a fruitful life the modern woman needs to be more like Draupadi.